Mobile Applications, Games, Softwares, PC applications, Websites, etc. are all possible due to one thing – CODES. Programming languages seem to be inevitable in this digital age. We have therefore compiled a list of 10 best Programming Languages you need to learn in 2020 and why.

For beginners in the world of Programming, it is somewhat difficult to decide which programming language to begin with.

If you have been in this type of dilemma, get yourself relaxed as I will be taking you through a tour of the 10 Best Programming Languages You Need to Learn in 2020 for carrier benefits.

Before I continue, the list I am about to analyze is based on the data sourced from TIOBE (The Importance of Being Earnest) Programming Index. TIOBE programming index is a measure of the popularity of programming languages, created and maintained by the TIOBE Company based in Eindhoven, the Netherlands.

The index is calculated from the number of search engine results for queries containing the name of the language. The index covers search in Google, MSN, Yahoo, Baidu, Wikipedia, Google blogs and YouTube. According to the site, the TIOBE index is “not about the best programming language or the language in which most lines of code have been written”.

Now let’s talk about the 10 Best Programming Languages You Need to Learn in 2020.

10 Programming Languages you need to learn in 2020

It is an efficient programming language due to its portability, scalability, etc.

Well, a large number of renowned tech companies use Java to develop software and applications, and learning Java gives you better chances of securing a job with any of these companies.

ALSO READ:  How to take Smart Screenshot on Windows 10

There are various career opportunities you can get as a professional in Java programming. This includes Web developer, EJB programmer, Software Developer, Tester, Application developer, etc.

Why don’t you pick up a course in Java today and stand a chance to work with renowned tech companies?

There are various reasons for choosing C as the programming language that you want to master in 2020 and this includes:

What job opportunities await me as I specialize in C?

Learning C as a programming language gives you the advantage of building your career as a Software Developer, Application Developer, Tester.

Off to the third of 10 best Programming Languages you need to learn in 2020.

Developed in the 1980s, C++ still found itself lurking in most systems from desktops web apps to server infrastructure.

Although, being an old programming language, C++ still remains in demand owing to its flexibility and performance. If you are willing to develop a career in C++, you need to know the applications.

Firstly, C++ is usually used in the development of desktop applications which are focused on performance-intensive tasks.

Secondly, a mastering C++ gives you a deeper understanding of how programming languages work and help in acquiring low-level memory manipulation skills.

we have opportunities such as: Operating Systems and compilers, Database engines, Gaming Industry, Financial Platforms, etc.

Why don’t you get yourself busy with a couple of courses in C++?

The reason you need to build your career on Python this year is that it is the language behind most of the world’s promising tech, today such as AI, machine learning, Data Science, Big Data and Robotics.

Next is the fifth of 10 best Programming Languages you need to learn in 2020.

Visual Basic .NET as one of Microsoft’s OOP languages which combines the power of .NET framework-based classes and run-time environment continues to hold the 6th position as ranked by the TIOBE index.

One of the features that Visual Basic .NET is well known for is the development of GUI applications making tasks easier for programmers and improving productivity.

Considering the interest of coders, Visual Basic .NET offers a fast and easy way to create desktop applications for Windows platforms as well as web services and web development.

What are the career opportunities as you begin to learn VB .NET?

Developed by Microsoft to rival Java, C# is a modern object-oriented programming language was designed for developing apps on the Microsoft platform. It needs the .NET framework on Windows to work.

C# has a wide range of applications but its strength lies in the case of Windows desktop applications and game development. Obviously the career opportunities as a C# programmer are Game Developer, Application Engineer.

Next is the seventh of 10 best Programming Languages you need to learn in 2020.

Software developers these days find JavaScript one of the inevitable programming language to use for their work. Used along with HTML and CSS, it is essential for front-end web development that creates interactive web pages and displays content dynamically to users.

To know how important JavaScript is, 90% of the websites use this language and it is one of the friendliest programming languages for you to begin with as a learner.

Nevertheless, you need to learn other supporting programming languages for you to be more effective in your programming and to pursue a career as a front-end developer for desktop, mobile app or game development.

ALSO READ:  How to Free Up Storage Space on Windows Devices

Structured Query Language (SQL) is a popular query language that has been rapidly progressing in rank in TIOBE. SQL lets you access and manipulates databases.

Since its invention, there has been another database technology, but SQL has been reigning for the past four decades moving from the ninth position to the eight positions on the TIOBE index.

This is due to its simplicity, reliability, ubiquity and an active community that does a lot to keep this open-source language around.

As a beginner, I will recommend SQL because it is easy to learn compared to other languages.

The Career opportunities associated with SQL are:

If you are willing to set up a career in any of these professions, why not begin with SQL.

PHP is among the most popular programming languages to learn in 2020. Why?

This is ascertained because it is mostly used on the server-side for web development accounting for about 80% of websites on the internet.

Although it has been shifted down to the ninth position by SQL, its use cannot be overlooked. PHP offers several frameworks like Laravel and Drupal to help developers build applications faster with more scalability.

Starting a career in web development with PHP is not a bad idea and these are the Career opportunities: Web Developer, App Developer

Next is the final of 10 best Programming Languages you need to learn in 2020.

You shouldn’t learn Assembly Language without the intention of using it unless you are joining a group where you write low-level code.

Now that you are armed with enough information about the 10 Best Programming Languages You Need to Learn in 2020, why not take your time in weighing each option and choose based on your interest and the type of software development you would like to engage in.

I hope this article helps you in choosing the right language career path. I hope to see you in the world of coding!!!

Related Topics:
Up Next

This site uses Akismet to reduce spam. Learn how your comment data is processed.

How to Add Table of Contents on WordPress Post and Pages 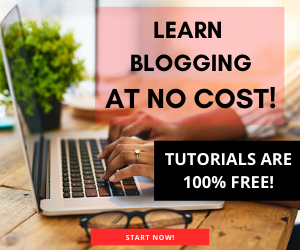 How to Refresh Windows 10 without deleting files

How to take Smart Screenshot on Windows 10

How to Stop Annoying Pop-ups on Popular Web Browsers